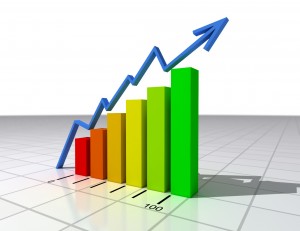 The biggest multi-family housing owners in the U.S. have been using a secret weapon to maximize rental revenue and minimize vacancy. For about the past ten years, the landlords of a collective one million rental apartments have been renewing leases and setting rents using powerful technology to manage revenue. The software applications are similar to those used by airlines and hotels to set ticket prices and room rates.

The software instantly analyzes competitor rents, the current rental market, seasonal trends, property history and other variables to calculate the highest feasible rent at a given time. The landlords can then offer the tenant or prospective tenant that rent. It may be a lower rate for a less-desirable unit, so the tenant can save money. It may mean an increase in rent for a renewing tenant, based on the going rate for their unit.

Some suggestions made by the software are surprising. One landlord began offering one-month leases when an analysis showed a demand for it. Leasing a $1,000 unit for a single month at $3,000 turned out to be good idea—that they would not have previously considered.

Other rental property owners say the software helps them become more conscious of their competitors and why they were losing leases. The number of variables considered is much more extensive than a human would think to include.

While it’s a given that the biggest landlords would utilize revenue management software, it appears to be gaining popularity with smaller rental property owners as well. Users say the software pays for itself within months, with 3 – 7% revenue increases from the start.